GILMAR MIRASIERRA – PUERTA DE HIERRO offers you this comfortable and nice apartment of 144m2 according to cadastre of which 34m2 belong to common areas. It is distributed in three bedrooms and two bathrooms; one with bathtub and the main one with shower. It is sold with a large garage with direct access.
The house has been completely renovated four years ago. Its owners conceived an open space for the living room and kitchen and made a change of distribution from which arise numerous spaces for closets and storage. It is a south facing apartment in most of its rooms and east in the main room, which gives the house great natural light also due to its large windows.
It belongs to an urbanization with common, green and paved areas, swimming pool, playground, two rooms for bikes and playgrounds for children. Its location is perfect because it is within walking distance of the new Mirasierra shopping center, schools, banks and hospitals. It also has excellent communication both by public transport (metro and bus) and private (direct access to all major roads).
Contact us to know personally all its benefits. 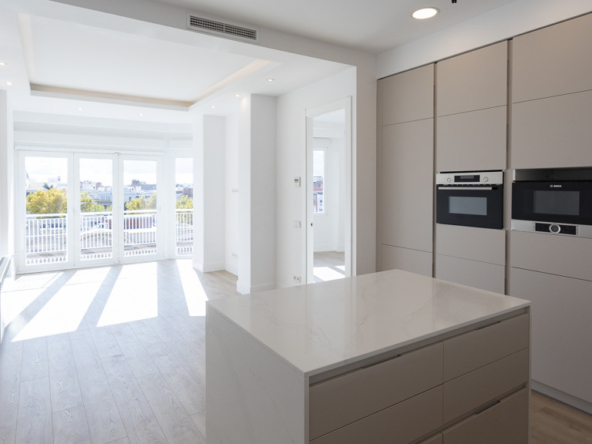 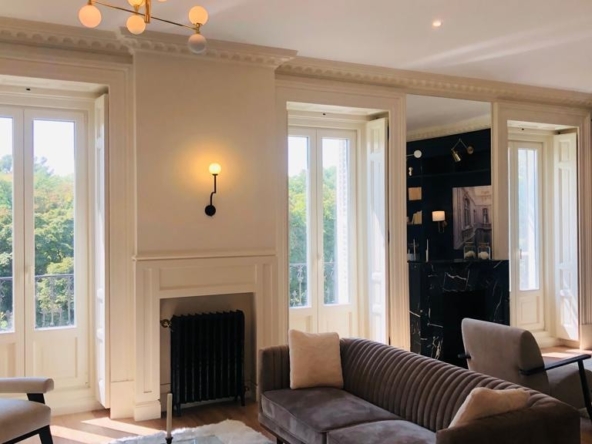 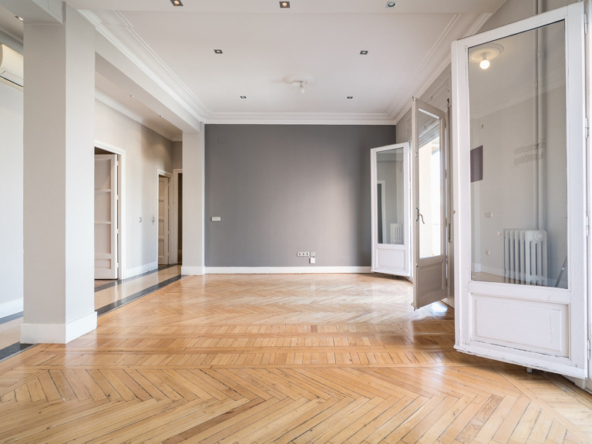