Gilmar offers you this detached villa located in one of the most prestigious and sought after urbanisations in Novo Sancti Petri. It is built on three floors on a plot of more than one thousand one hundred and ten square metres. The plot has a surface parking space with access from the street through an automatic gate, landscaped areas with automatic irrigation, swimming pool, solarium area and two open porches, one at the front and the other at the back, and a perimeter security camera.
The house is built with excellent qualities, highlighting the spaciousness of its rooms and the height of the ceilings, as well as the search for light. Another of the characteristics of the house is the multitude of possibilities for adapting or transforming each of the floors, as it was designed with the possibility of adapting the house according to the changing needs of the owners, which makes it very versatile. The distribution of the house is as follows:
Ground floor: Entrance hall leading to a very spacious living room, a large winter lounge with large windows that provide lots of light and which is oriented towards the back garden and swimming pool, a room that is currently used as an office, a bathroom, a second lounge, a laundry room, two large bedrooms, one of which has a dressing room and the other a large built-in wardrobe with five doors. Both have large windows. Finally, there are two complete bathrooms, one for each bedroom.
Semi-basement floor: hallway, a kitchen-dining room with access, through large windows with sliding doors, to an uncovered porch facing the swimming pool. A bedroom with en-suite bathroom which can be either for the staff or for guests and which has an independent entrance through the garden, an English patio which brings more light into the semi-basement, a guest toilet, a large multifunctional room which is currently used for games, the large front of which is entirely made up of built-in wardrobes. At the back is the cinema room with projector and 5.1 sound that can be left isolated from the rest.
First floor: It consists of a living area for reading and music with video intercom to open the door from this floor. It has access to a large terrace. Finally, there are two bedrooms with large built-in wardrobes with four doors that share a bathroom, one of the bedrooms has access to a large terrace.
The whole property has central air conditioning and split air conditioning.
First floor: consists of a reading and music room with video intercom to open the door from this floor. It has access to a large terrace facing the swimming pool. Finally, there are two large bedrooms with fitted wardrobes with four doors leading to a bathroom. One of the bedrooms has access to a large terrace with awning. 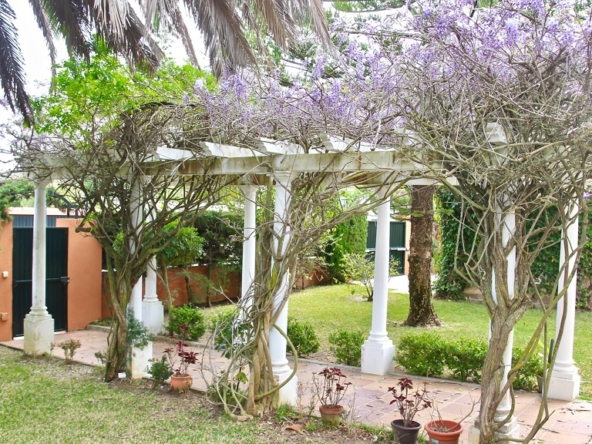 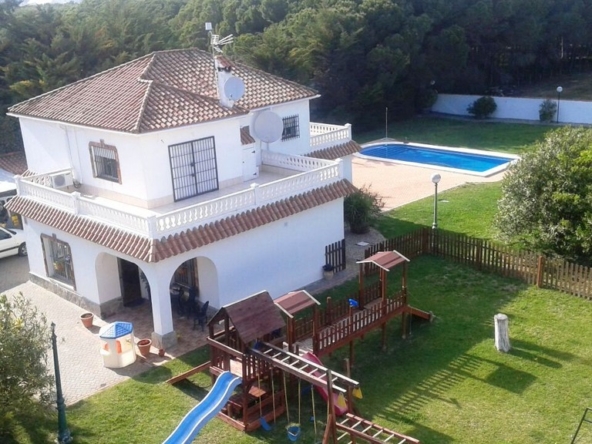